Proudly Based in Belgium 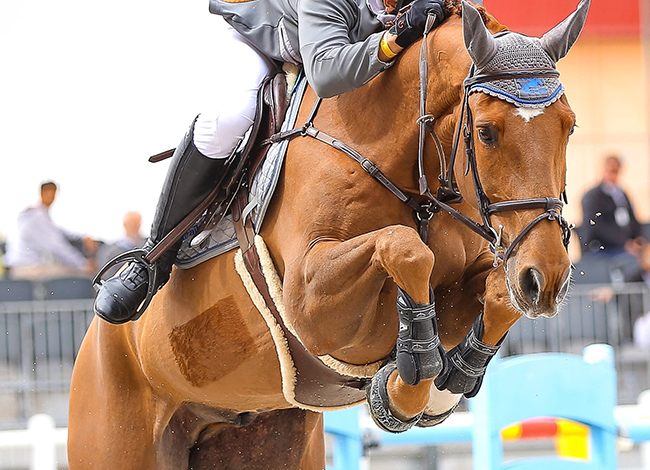 Located in the heart of Europe, it has common boundaries with no less than four other countries that boast vibrant horse cultures: France, Germany, the Netherlands and Luxembourg.

One out of four horses in the jumping finals at the 2016 Summer Olympics, in Rio de Janeiro, came from Belgium.

And that’s just the tip of the sundae.

In July 2019 was held the CHIO Germany, one of the world’s most prestigious show jumping competitions.

Kent Farrington, from the US, with his talented mare Gazelle, took home the Grand Prix, closely followed by German rider Daniel Deusser on Tobago Z.

The fact that both super equine athletes were bred in Belgium and developed at the national STX Cyclus for young horses is no coincidence.

This stallion, a descendant of Belgian warmbloods Flügel, Lugano and Codex − which were highly successful at the 1976 Montreal Olympics − had an amazing career.

“With Darco, I began my international career. He is a horse to remain grateful to for the rest of my life. Darco really has everything it takes to make a unique super crack, as a show jumper as well as a sire.”

“Horses of this outstanding quality remain the great exceptions in the breeding industry. I will never forget the fine intelligence he so often proved in the showjumping arena, where he always showed lots of power and stamina, coming from his high-bred ancestors.”

Ludo is now passing the torch to his sons − Nicola, Olivier, Thibault and Anthony − whom you can see, more than often not, winning in the major leagues. (1980-2006)

As for Darco, he became a full-time sire, producing more than 3000 offspring, 50 of which made it into the global Top 500 of the best show jumpers.

London (2006 – ), a Nabab de Reve x Chin Chin BWP breeding stallion recently retired from the sport, was ridden by the one and only Dutch rider Gerco Schröder. In 2012, the team won the individual silver medal at the London’s Olympic Games.

One of London’s past owners was Miriam Van Der Kloet, for whom Europa Horse Agency founder Anne-Sophie Milette trains and competes in Belgium and Holland.

A Who’s Who of horse buyers

No wonder the daughters of world-class citizens such as Steve Jobs, Bill Gates, and Bruce Springsteen, among others, have been seen horse shopping in Belgium.

Recently, Jennifer Gates also bought an equestrian facility in Retie, Belgium, while Jessica Springsteen ships her steeds to the renowned Stephex Stables in Brussels for the European summer circuit.

So this land, at the very epicenter of horse continent, is where super star quadrupeds are bred and raised, and where horse breeding succeeds in surpassing expectations, year after year.

Outstanding traits are not born out of nowhere, however.

It takes a combination of favorable factors: the right breeding grounds, the right strains of horses, the right people, with the required talent, not to mention the foresight Belgian breeders deployed over the last fifty years, refining warmblood lines, producing top sport horses.

Belgium, our home away from home

This gives you an idea why Belgium, the birthplace of French fries and of Jolly Jumper, the valorous mounts of famous (at least on the Continent) cartoon character Lucky Luke , is the first place to check when seeking your next sport horse.

(And if the Belgian top-of-the-league inventory doesn’t yield quite the right fit for you, don’t fret. A short drive north, south, or east will give you access to such rich pools of equine talent that they are bound to suit your most stringent requirements.)

Also, it explains why the Europa Horse Agency has chosen to plant its flag here, in the very epicenter of “horse continent.”

We are happy, proud and excited to have an opportunity to participate in such a rich and promising horse culture! Horse Shopping Online: A List of Do’s and Don’ts, and Whether It’s the Right Option for You A Tale of Two Pros: Very Different Routes to Careers in the Industry