Do You Suffer From “Good Horse, Bad Rider” Syndrome? 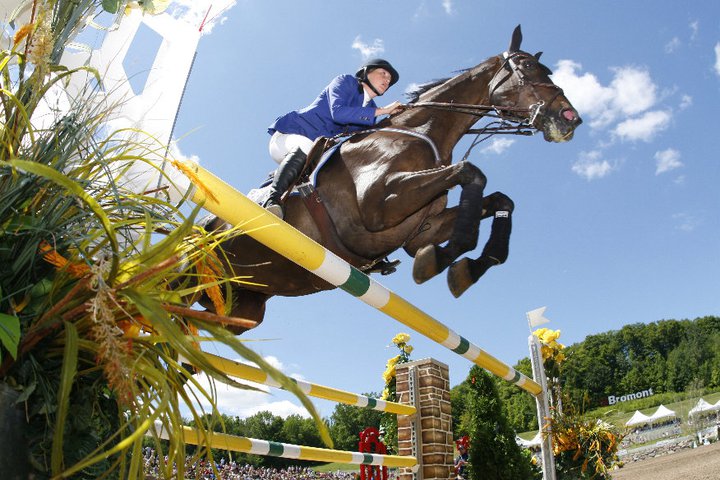 “I guess you didn’t have your eagle eye for distances today!”

“Were you nervous? You didn’t ride that well…”

“The horse was so amazing today!”

“You needed more pace the whole way through.”

Raise your hand if you’ve ever felt that you’re never quite good enough as a rider. (Mine’s up.)

Now, raise your hand if when you finally succeed and perform well at a horse show, all the credit goes to the horse. (Both hands are up.)

I call this the “Good Horse vs. Bad Rider” syndrome.

If you were feeling good about your performance before, you’re definitely feeling bummed about it now. With or without comments from the peanut gallery, riders set a high bar and are hard on themselves when they don’t quite reach it.

Respect the Negative, Champion the Positive

Don’t get me wrong, criticism is without a doubt necessary. You need criticism to progress and become a better version of yourself as an athlete and horse(wo)man, but the feedback should be constructive! We pay our trainers a hefty sum of money to tell us what mistakes we make and how we can correct them for future rides. Listen intently and apply what you learned, but don’t let the railbirds get you down.

Don’t get too bogged down playing the “woulda-coulda-shoulda” game. Yes, analyze your own performance — study pictures, watch videos — to identify the things you can improve. You should also take the time to find all the great things that happened during your competition, too. There is always a positive takeaway, even if that’s simply remembering your course and staying on the horse.

Have you ever stopped to think about how many decisions you’ve made in a short lapse of time while you’re on course or in the arena? The answer probably stands in the thousands, so pat yourself on the back! Having that bitter taste in your mouth over two or three not-so-good decisions is doing you no favors.

An Athletic Brain Is an Evolving Brain

Scientists have done a great deal of research comparing the brains of athletes with those of the rest of the population. The results indicate that athletes stand to be smarter than the average person. What makes athletes different is fascinating, and it might encourage you to put those two or three not-so-good decisions into a better perspective.

In an article titled, “The Brain: Why Athletes Are Geniuses” from Discover Magazine, Carl Zimmer writes:

“As soon as someone starts to practice a new sport, his brain begins to change, and the changes continue for years. Scientists at the University of Regensburg in Germany documented the process by scanning people as they learned how to juggle. After a week, the jugglers were already developing extra gray matter in some brain areas. Their brains continued to change for months, the scientists found.”

Did you read that right? When you practice a sport on a daily/weekly/monthly basis, you not only develop a new set of skills, but you actually generate extra gray matter. That gray matter includes regions of the brain involved in muscle control and sensory perception. In other words, practicing a sport makes you smarter and cooler under pressure.

Now, the question becomes: how can my new brain bits help me ride better? To understand that, we need to understand the decision-making process. “The brain begins by setting a goal — pick up the fork, say, or deliver the tennis serve — and calculates the best course of action to reach it.”

So far, so good, right? Stay with me.

“As the brain starts issuing commands, it also begins to make predictions about what sort of sensations should come back from the body if it achieves the goal,” Carl explains. “If those predictions don’t match the actual sensations, the brain then revises its plan to reduce error.”

Aha! A feedback loop. Therefore, “… the brain does not merely issue rigid commands; it also continually updates its solution to the problem of how to move the body.”

“We’ve never seen the likes of this, and surely we won’t see it again,” said one commentator at the 2016 Olympic Games in Rio de Janeiro following the jaw dropping triple win of the one and only Usain Bolt.

The fastest human of history… How can that be explained? Performances like that triggered the rapid popularity and funding growth towards sport science in the past few years. Sports science is focused on analyzing la crème de la crème to understand what can a normal person do to achieve specific goals.

The US National Institutes of Health (NIH) even announced in 2015 that it will award US$170 million over a five-year period to researchers who study molecular changes during and after exercise. The aim is to understand how physical activity affects the human body.

Analyze the Details, But Don’t Lose Sight of the Big Picture

Horseback riding is clearly not the number one sport of interest for the masses. We need to conclude for ourselves how sport science translates to our daily riding reality.

From these facts, and a better understanding of the athletic brain, the task of riding a giant quadruped is much more complex than one might initially think. How many times have you gotten feedback about a ride and thought to yourself, “That’s easy to say from the ground!”

When you’re on a horse, hundreds of things can be felt and not seen. These are called sensory inputs.

“Sensory input is the stimuli that is perceived by our senses like smell, sight, touch, taste, and hearing. Anything that you perceive using your senses can be called sensory input.”

The list of sensory inputs from our environment — and let’s not forget the animal underneath the rider — is pretty impressive! You can dwell all you want on how you could have gone faster, pulled less, gone further into this or that corner, not let your legs slip forward (or back), and many, many other details. It won’t change the fact that, in fractions of a second, you made a mind-boggling number of decisions, most of which were reflexes to the changing environment.

In my opinion, our sport is pretty amazing in its complexity. It is drastically oversimplified and I sincerely applaud all of you riders out there training hard every week to reach your riding goals!

The Science of Riding

Now, rather than putting yourself down on those not-so-great moments, I suggest you don your analytic goggles and identify the specific reflex or sensory input that triggered the decisions you are not happy with. Go back and practice until it becomes muscle memory. If all pro athletes out there from different sports apply data analysis to their training, why shouldn’t you?

While you don’t have a lab rat following you to collect some workable stats, a great start is to write everything down. Record everything from your horse’s program to your target performance and daily habits. Speak to your trainer about your discoveries and act on them.

You have more tools than you think to improve in your sport. Ian Millar told me one day: “After your trainer, the best teachers are the other riders around you.” He didn’t mean that all those riders were better than me, but instead that I could learn by analyzing their style, their actions, their successes and mistakes. In that light, we should take more time for self-analysis and creating our own sport science analogue. You will see that the outcome will be life changing (well, sport changing).

This long process takes years and years to perfect. There will always be negative Nancys or judgey spectators at the ingate, but you can build yourself a solid shield. It’s time to take a deep breath, oxygenate your brain and pat yourself on the back for the great work you’ve done so far (and the work yet to come). 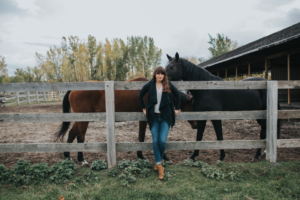 Your First Journey to Horse Buying 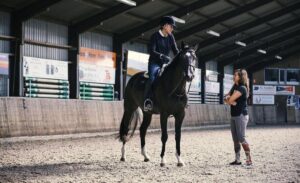 Buying Your Unicorn: Insider Secrets from A Horse Matchmaker